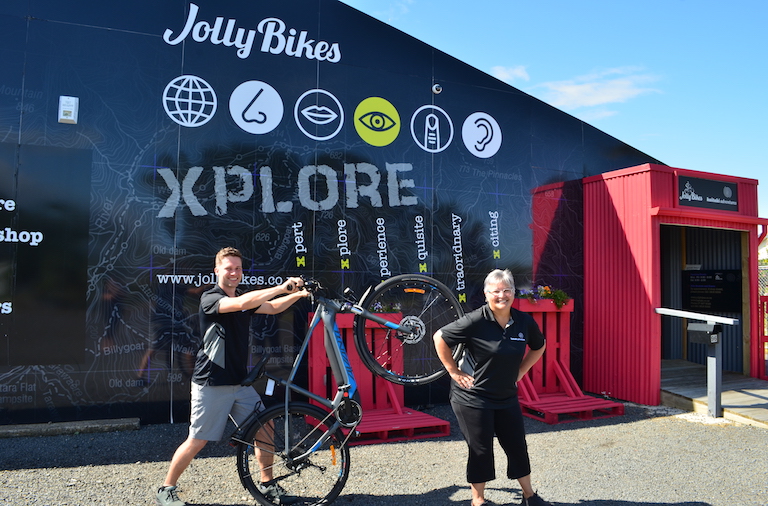 The Heat is on this Summer with an opportunity to win an e-Bike.  Excitement is high as the fantastic team at JollyBikes in Thames and the Trust have donated an awesome Avanti Explorer E2 e-Bike valued at $4,699!

What is the Competition?

Every week for 6 weeks entrants will have an opportunity to answer 3 Quiz Questions.  You are only required to enter once, however you can raise your chances of winning by entering every week!

To be eligible to win entrants must correctly answer three questions in one of the six weekly draws.  All weekly correct entries will go into a draw for a Hauraki Rail Trail Supporter Pack.

All correct entries will go into the draw to win the major prize of the Avanti e-Bike valued at $4,699.  Only one entry per person is permitted each week for this Competition.

Entry into the Be in to Win an e- bike competition is open to Residents of New Zealand, with the competition commencing on 4 January 2021.

The Competition closes at 11.59pm on Sunday 14 February 2021.  All entries will go into a Prize draw where one Prize winner will be selected.  The Prize draw will be held at 1pm on Monday 15 February 2021, with the winner notified via email or by telephone, and their name will be published on the Hauraki Rail Trail and JollyBikes Facebook Pages.  When submitting your entry you will need to Read and Accept the Terms & Conditions on the form.

The Prize must be claimed by 5pm on Friday 12 March, by collection at JollyBikes at 96 Richmond Street, Thames.

Keep an eye on the Hauraki Rail Trail website and Facebook as we'll be publishing the first 3 Quiz Questions on Monday 4 January 2021.

We wish everyone who enters the very best of luck.  It might just be you adventuring on this epic bike for Summer!  Check out the Blog Popular E-Bike Rides for inspiration and itineraries.

Be in to Win an e- bike competition Terms & Conditions